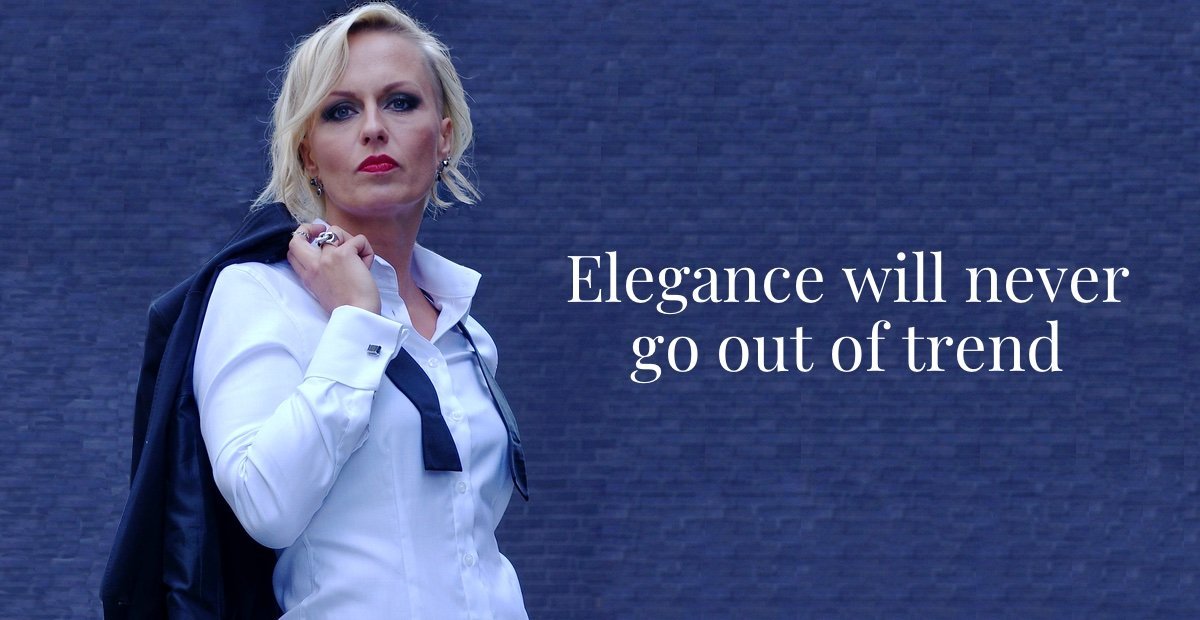 Classy. Elegant. Professional. That is how you will look in Ella Hopfeldt women’s French cuff shirts. We are specialists in dress shirts for women and the collection of double cuff shirts is our pride and joy. If you are looking for a perfect shirt that fits you well and makes you feel fabulous, you have come to the right place.

Shine your brightest in the White French Cuff Shirt

The white french cuff shirt is one of the dressiest shirts a woman can wear. To this day, white still reigns as the most iconic shirt that draws attention to the wearer. It is perfect for upscale events but also has a place in your office.

Ella Hopfeldt’s white women’s French cuff shirts are made of luxurious herringbone twill. The fabric feels soft against the skin and looks gorgeous at the same time. These quality shirts are perfect for women who love to stand out from the crowd and exude royal charm and sophistication.

Ruth (Australia)

Read More
“I’m over the moon about this shirt and the fit is perfect!” 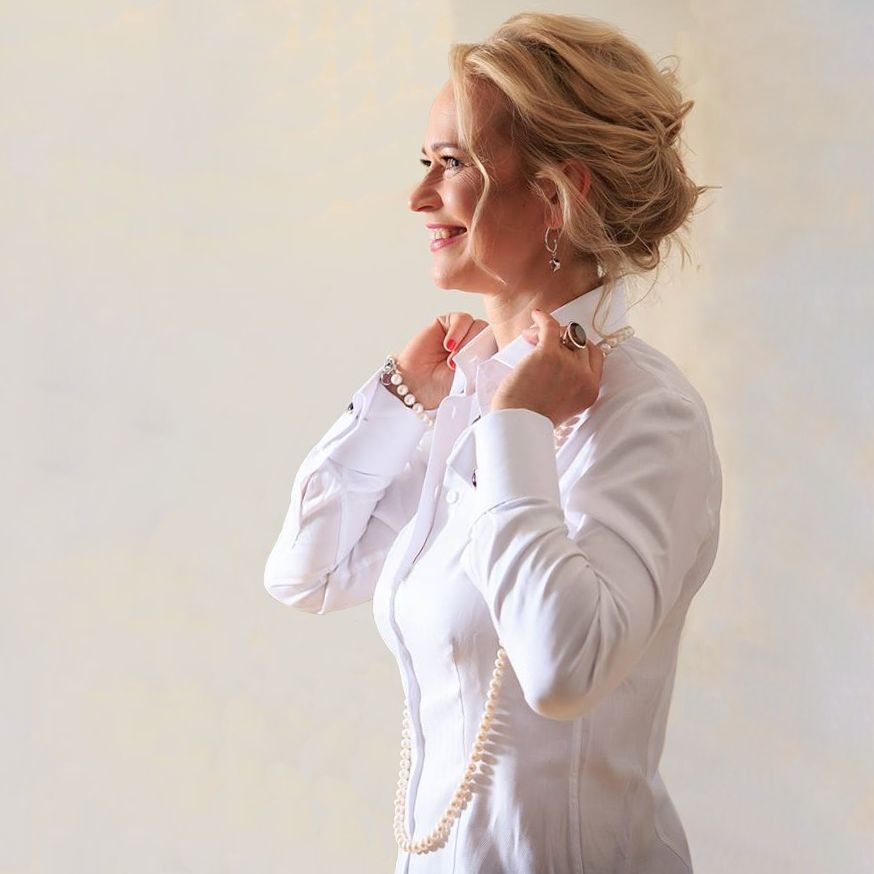 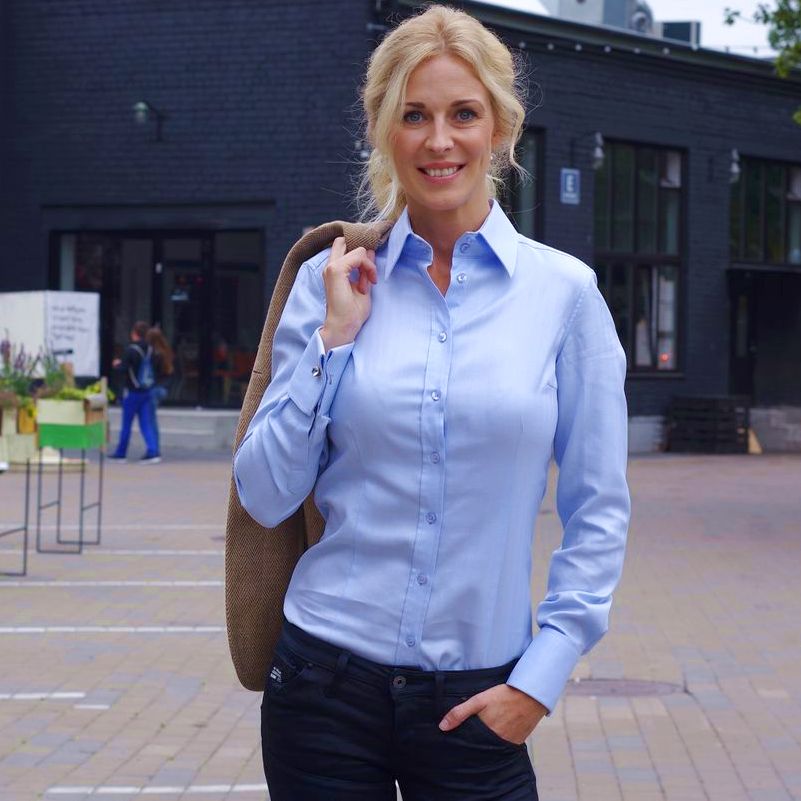 The light blue French cuff shirt is a perfect choice if you want to make your outfit look as cool as ice. Made in beautiful light blue colour, this shirt mimics the shades of the sky and the ocean on a warm summer day. You will always look fresh and bright in it and you will love the soft touch of its luxurious fabric.

With the subtle lustre on the fabric, light blue women’s French cuff shirts by Ella Hopfeldt are appropriate for work but also for more formal occasions. If you happen to have blue eyes, you need this shirt – it will make you sparkle.

Janet (United States)

Read More
“I have never had such a quality shirt in my life. When I ironed it, the quality really showed. The fabric is medium weight super high quality cotton. Don’t be afraid of overseas shipping and communication, these folks are exceptional in every aspect.”

The pink French cuff shirt is perfect for any situation from a day at the office to a festive dinner. The colour pink is often associated with charm. And who doesn’t want to appear charming? Pink is a fantastic alternative to the white shirt and works well with almost every other colour: navy, black, white and grey to name just a few.

These women’s French cuff shirts are certain to attract attention and to turn heads wherever you go. They are statement pieces that really pop.

Michelle (Canada)

Read More
“This was my first experience with Ella Hopfeldt and it was great! The shirt fits me perfectly and exudes quality.” 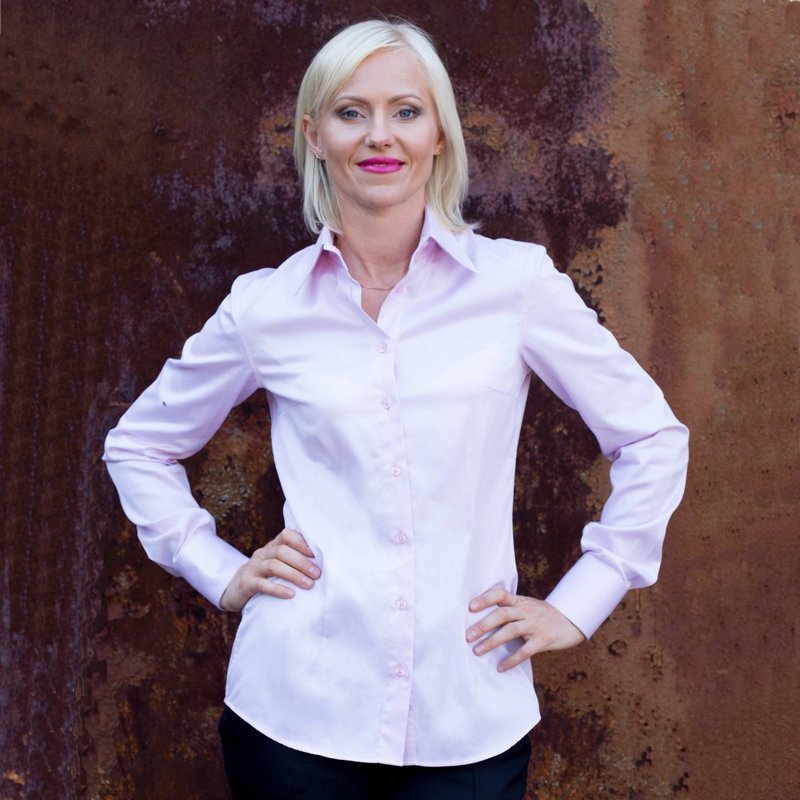 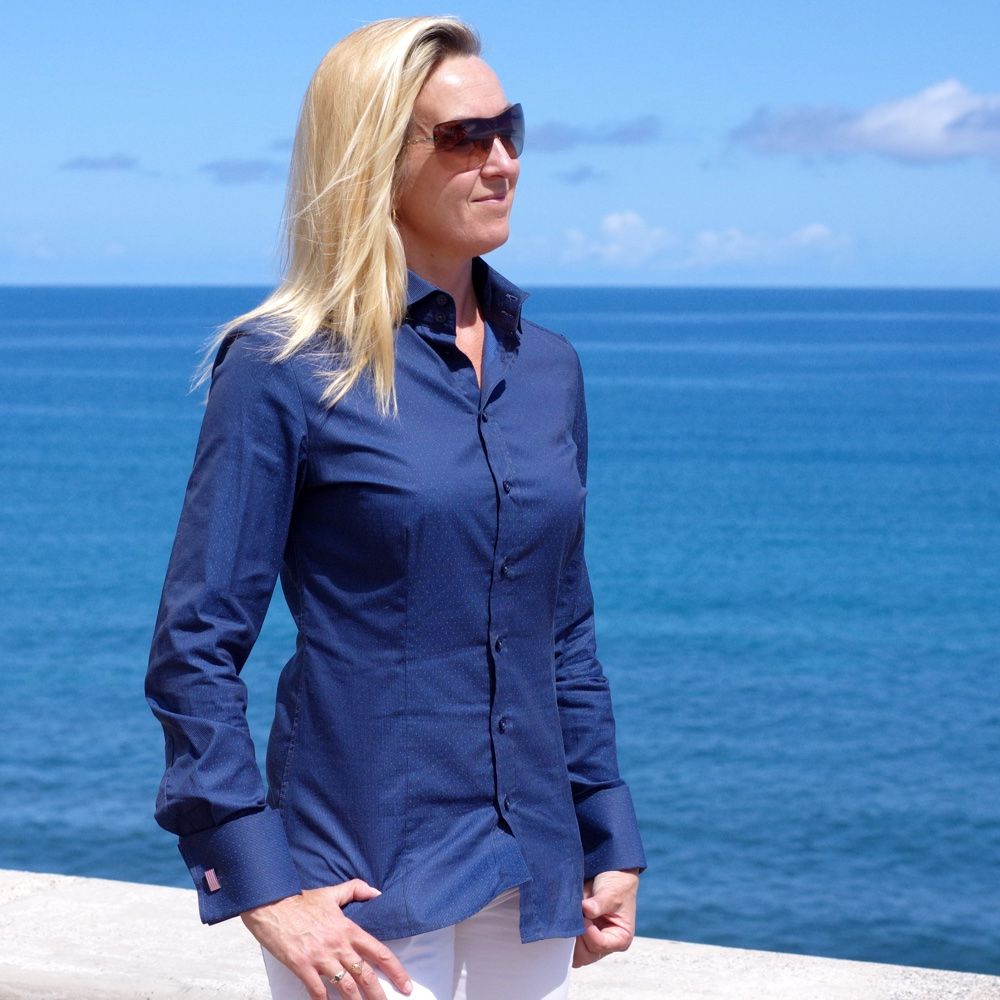 Complete your chic look in the Navy French Cuff Shirt

You need the navy French cuff shirt in its inky, expensive-looking glory in your wardrobe because everything and everyone looks good in dark blue. It is flattering for daytime or night time and looks both classic and sharp at the same time.

Ella Hopfeldt navy women’s French cuff shirts are created with style savvy, sophisticated women in mind. The shirt looks elegant and casts just a little bit of a mysterious vibe on the person wearing it. And because this colour is one of the classics, you can never go wrong with it.

Nelly (The Netherlands)

Read More
“Love everything about this shirt. The material is beautiful and the colour is classy. Fit is definitely premium!”

Find the fit that will flatter your figure

When it comes to dress shirts, it’s the fit that matters most. At Ella Hopfeldt we are fanatic about the fit and about creating well-made, well-fitting dress shirts for women of all shapes and sizes.

Women have different body shapes, and these body shapes need differently tailored shirts. Ella Hopfeldt’s proprietary fit system is based on unique sizing where body shape AND size make up each of our four fits.

All women’s French cuff shirts that we offer come in 36 different options: four shapes and nine sizes. This makes it possible to provide the majority of women a much better product and a much better experience.

Would you like to find your perfect fit? Take our simple fit quiz that will guide you through easy to answer questions and help you find the right fit for your shape in minutes.

A Little Bit of History

The French Cuff, which is a double length cuff, originated in Great Britain and was known as the foldback or double cuff. These cuffs and cufflinks became particularly popular during the Industrial Revolution as an understated way to show off social class.

Alexander Dumas immortalised the style in his novel “The Count of Monte Cristo”. The author provided a detailed description of how Baron Danglars, the wealth-obsessed banker, wore French cuff dress shirts and how he paired them with flashy bejewelled cufflinks.

Legend has it, after the book came out, all French tailors began creating double cuffed shirts and these soon became known as French Cuffs. Originally a symbol of luxury and power, French cuff shirts are now seeing a resurgence in business wear and worn all over the world by men and women who want to look their best.

Contrary to a common belief, there are no restrictions as to when and how women’s French cuff shirts should be worn. Even though traditionally French cuffs could only be worn with a lounge suit (and not a sports jacket), this is now no longer the case. This shirt is very easy to combine with everything else in your wardrobe.

You don’t have to wear a jacket and you most definitely do not need to wear a tuxedo. In fact, if you feel like it, combine the shirt with your favourite jeans and excel at effortless elegance. Or pair it with a maxi skirt for a formal or semi-formal evening look. The way you choose to wear it is entirely up to you.

Women’s French cuff shirts are amazing as they offer an opportunity to wear cufflinks. And who doesn’t love cufflinks?
Browse Ella Hopfeldt’s collection of women’s cufflinks and add a touch of colour and class to your professional look. 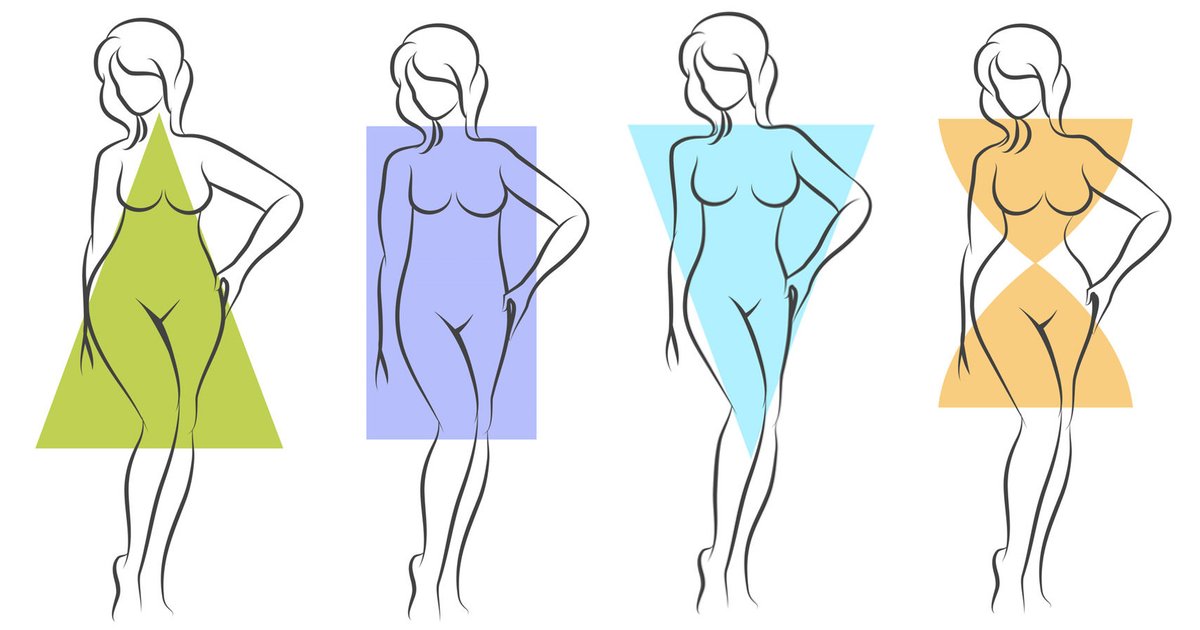